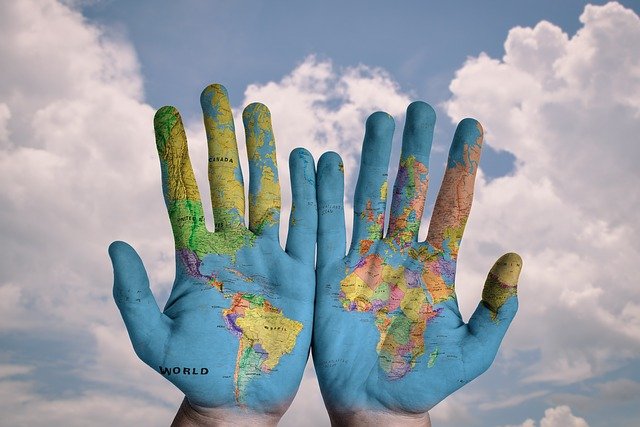 Some very interesting, but very scary predictions for the unfolding world.

*1. Conventional Car Repair workshops* will vanish over a period of time.

*2. A Petrol Engine /Diesel Engine-driven Car has almost 20,000 individual components*
An electrical Vehicle has less than 50.

*In future, Electric cars will be sold with a life-time Warranty* and will be repaired only by authorised outlets.. It will take only a few minutes to remove and replace an Electric Motor in a Battery-powered Vehicle.

*3. Faulty electric motors* are not repaired in the conventional car workshops teaming with Mechanics,, but will be sent to an automated Repair shop that repairs them using Robots.

*4. The Electric motor in your Electric Vehicle malfunctions- A warning light goes on* --
so you drive up to what looks like a car wash, and your car is towed inside. While you have a cup of coffee, out comes your car with a repaired Electric motor !

*7. Smart major Auto manufacturers across the world like Honda, Toyota and Samsung* have already invested Billions of Dollars to start building new Manufacturing plants that will only build Electric cars.

*8. Coal Mining industry* will sink without a trace. Petroleum companies will vanish. Drilling for oil will gradually reduce. Say good-bye to the power-wielding *OPEC*
The Middle-East is heading for trouble.

*9. Homes will produce and store more Electrical energy during the daytime and will consume only a part of the power generated & will sell most of the power back to the powergrid. The powergrid will store the power and will distribute the power to industries that are high-intensive power users. Has anybody thought of a *Tesla* on the roof ??

*10. A baby of today, will only see personal cars in Museums*
The future, an Era of disruption, is approaching faster than most of us can handle.

*11. In 1980, Kodak had 170,000 employees worldwide and sold 85% of all photographic film-rolls across the world*.
Within just a couple of decades, their business model crashed and *Kodak* went bankrupt. Who would have thought of that ever happening ??

*12. What happened to Kodak and Polaroid* will happen to a lot of industries in the next 5-10 years … and most people don't see them coming.

*13. Did you think in 2000* that five years later, you would never take pictures using photographic film again ? With today’s smart phones, who owns a Camera these days ??

*14. Digital Cameras* were invented around 1975. The initial models only had clarity/ resolution of 10,000 pixels, but improved vastly following Moore's laws, as it happens with all futuristic technologies

*17. Artificial Intelligence, Robotics and 3D Printing* have already disrupted and will continue to disrupt most traditional Manufacturing industries in the next ten years.

*18. UBER* is just a software company- they don't own any cars and *Uber* is now the biggest taxi company in the world. Ask any taxi driver if any of them, saw that coming.

*19. AirBnB* is now the biggest hotel company in the world, although they don't own any hotel properties. Ask Hilton or Meridian Hotels if they saw that coming.

*20. Artificial Intelligence:* Computers will become exponentially powerful & more accurate in understanding all facets of the world. This year, a computer beat the best Go-player in the world, 10 years earlier than expected.

*21. In the USA,* young lawyers already don't get jobs easily. Because of *IBM's Watson*, you can get legal advice ( right now, only the basic legal advice) within seconds, with 90% accuracy as compared with 70% accuracy when given by human beings. So, if you are planning to study law, please change your career plan. There will be 90% fewer lawyers in the future, only super-specialists will remain.

*23. Facebook* now has a pattern recognition software that can recognize faces better than humans. In 2030, computers will become far more intelligent than humans.

*24. Autonomous cars:* In 2020 several models of self-driving cars are already launched. In the next five years, the entire industry will be disrupted. You don't need to own a car anymore as you will call a car with your mobile phone, it will show up at your location and will drive you to your destination.

*25. You will not need to park your car* you will only pay only for the driven distance and you can be productive, while being driven in a driverless car. *The younger children of today's generation, will never get a Driver's license and will never own a car*

*26. This will change our cities* because we will need 90% fewer cars. We can transform parking spaces into green parks.

*29. Look at what Volvo is doing right now*
No more Internal Combustion Engines in their Cars starting with the year 2025, using mostly Electric Motors, with the intent of phasing out Hybrid models.

*30. Engineers* from Mercedes, BMW, Volkswagen and Audi are completely terrified of *Tesla*
Look at all the global companies offering Electric vehicles. They were unheard of, only a few years ago.

*31. Insurance companies will have massive trouble* Without many road accidents, the Insurance Premiums will crash. The car insurance business will taper down with the passage of time.

*32. Real Estate Business models* will undergo drastic change. Because if you can work on your Laptop while you commute, people will abandon their down-town apartments, to move far away to more beautiful and affordable neighbourhoods in distant suburbs.

*33. Electric cars* will become mainstream by 2040. Cities will be less noisy because all new cars will run mostly on Batteries.

*34. Cities will have much cleaner Ambient atmosphere, with no pollution*
And clean air as well.

*35. Renewable Power* will become incredibly cheap, apart from being clean.

*36. Solar power production* has been on an exponential growth-curve for the last 30 years, but you can now see the burgeoning impact. And it’s just getting ramped up with the price of Solar Power( per Kilo-Watt-Hour) falling down every year.

*38. Health:* There will be Tech companies which will build Medical devices that work on your Mobile phone, which can take your Retina scan, your blood sample and you breath into it. Then, they will analyse Bio-markers that will identify nearly any Disease. There will be dozens of Mobile phone apps for Medical Diagnostics.

39. A single invention called *"Lithium Iron Battery"* has changing the world drastically in the field of Digital instrumentation, Motor industry, Power generation, Pollution Control, Fuel Industry and so many technology base.

*Aluminium Air Battery* (this will give upto 2400 km car drive for a single charge. Charging time only 15-30 minutes). Now imagine the petroleum industry.

42. Agri producers will be the richest than all tech driven industry people in the near future.

Plan your future saying welcome to tomorrow’s world for humans.