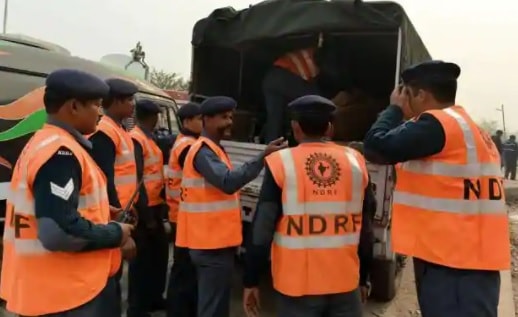 Dhanbad is in the grip of shock and grief following an incident in which two miners were missing in Eastern Coalfields Limited (ECL) Khudiya Kadan mine.

Reports say, four miners were engaged in dewatering the mine on Tuesday. Pump operator Basiya Manjhi (56)and his assistant Manik Bauri (52) were found missing when all of a sudden water flooded the seam of the underground mine at around 4 am on Tuesday.

The teams of NDRF divers launched a rescue operation for the two missing miners after the local rescue teams had failed to trace them.

General Manager, ECL Sanctoria, Vibhash Chandra Singh told media persons that besides NDRF teams of Ranchi and Asansol, a six-member squad of Odisha divers have been pressed into service to rescue them in the mines for the last 30 hours.

Alongside, four pumps were pressed for pumping out water from the seam of Khudia colliery underground mines so that trapped miners could be brought out as soon as possible', it is learnt.

AD Mishra, Director of Directorate General of Mines Safety (DGMS), the mines monitoring body of the country, also reached the spot with his team.