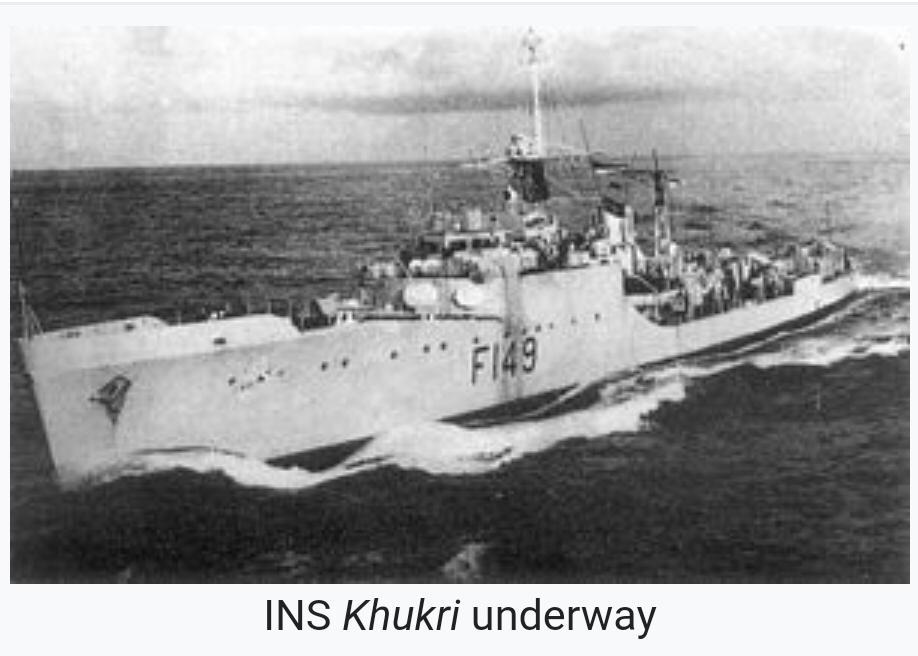 INS Khukri is the only ship the Indian Navy has lost in its history of Combat. It was the first warship sunk in action by a submarine after World War 2.

lt was sunk by a Pakistani Submarine PNS Hangor on 9th December 1971  off the coast of Diu (Gujarat). Khukri was hit by 3 torpedoes.

Its commander Captain Mahender could have saved his life first by abandoning it. But he refused to abandon and gave away his safety gear to a junior officer and rescued 61 sailors.