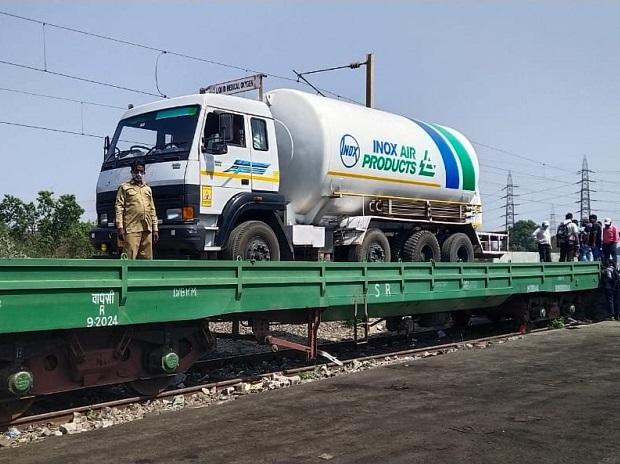 Overcoming all hurdles and finding new solutions, Indian Railways has set a record. It is continuing its journey of bringing relief by delivering Liquid Medical Oxygen (LMO) to various states across the country. So far, Indian Railways has delivered nearly 7115 MT of LMO in more than 444 tankers to various states across the country.

115 Oxygen Expresses have completed their journey so far and brought relief to various states.

Tamil Nadu is set to receive it's First Oxygen Express later tonight with 80 MT of LMO arriving from Durgapur.

Oxygen Expresses have delivered more than 3900 MT of LMO in the NCR region so far  for further distribution.