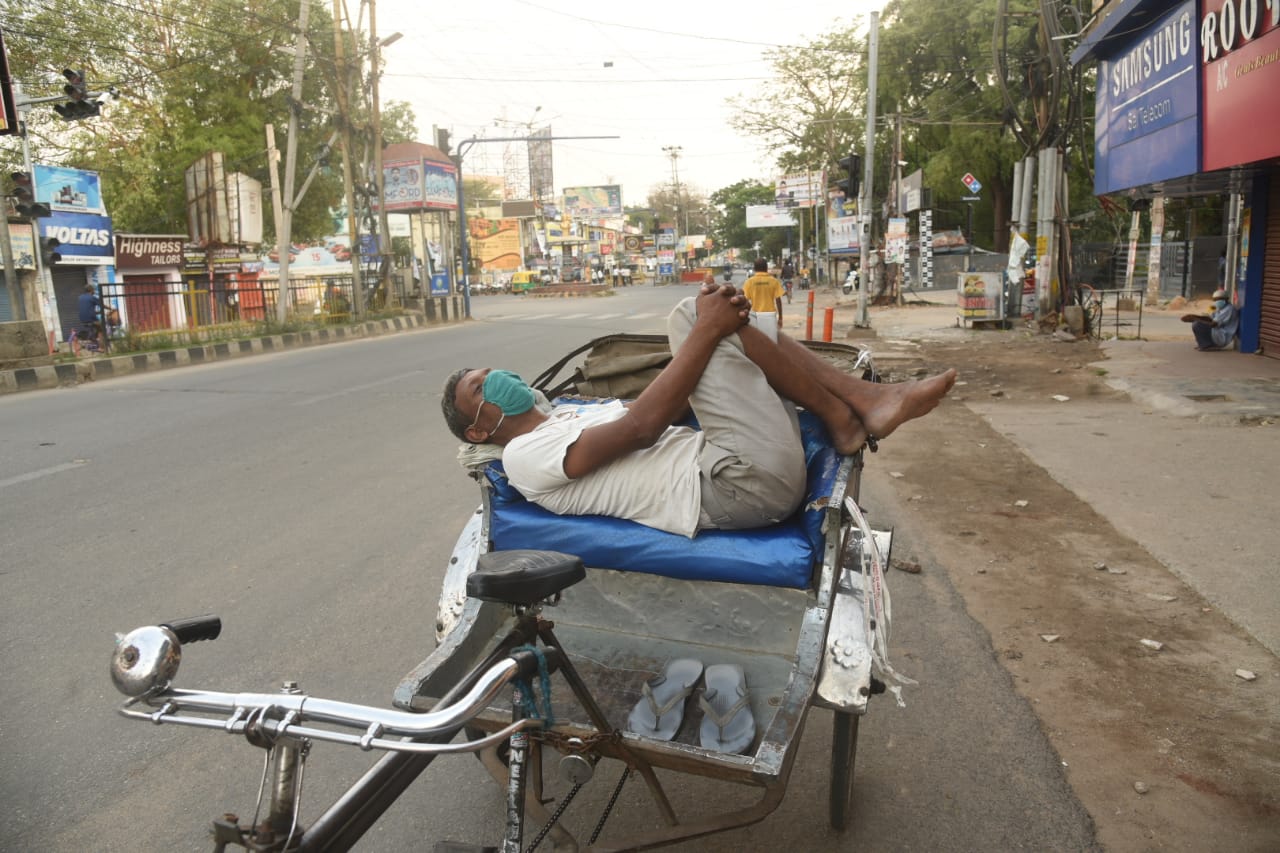 The road is empty. No job. No earning.No food, a feature common to scores of rickshaw pullers in Jharkhand.

Indeed, it has become difficult for them to sustain their daily livelihood amidst lockdown, as the community mainly depends upon the daily wage earned through rickshaw pulling.

All these rickshaw pullers have lost jobs and earning to survive. For instance, Rajesh Karmakar, a resident of Hindpuri, earns RS 250-300 every day by pulling rickshaw. 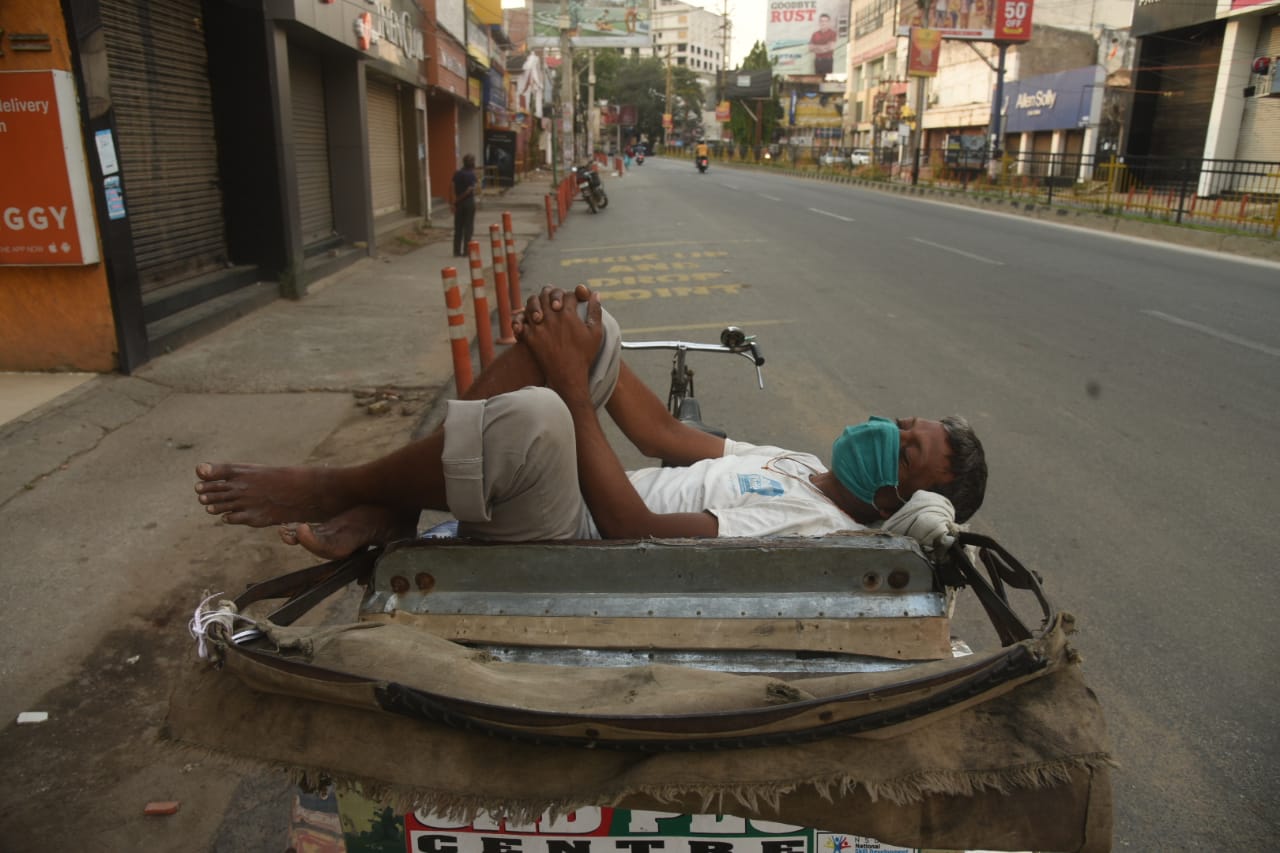 With this income, he, his wife and four children eat, drink and survive. Now, since the state government had imposed lockdown to break the chain of the Corona pandemic, the traffic had halted. There were no commuters.

As a result, these daily wagers have lost the source of earning. With an empty stomach, one rickshaw puller had turned his rickshaw seat as his bed.

Apparently, with face and nose covered by a mask, he was spotted sleeping on the empty seat of his rickshaw near Sujata Chowk in Ranchi today- another day of lockdown.

When woken up and asked why was he sleeping, he replied,” Hope somebody comes to get my service”.

Expressing his woes while speaking to JharkhandStateNews, another rickshaw puller said that the biggest challenge during the lockdown had been arranging daily meals.

He said:” Battling hunger every day has now become a serious pain. It’s only when a few individuals come over and distribute food supplies that we are able to feed ourselves.”

A similar sentiment was expressed by another rickshaw puller, moaning about the loss of work.” Police threaten us of dire consequences if I step out. Still I do so to earn some money, but unfortunately, I am not able to earn anything”.

In a sad tone, he further asks: “ God knows what I will feed my wife and children today.”