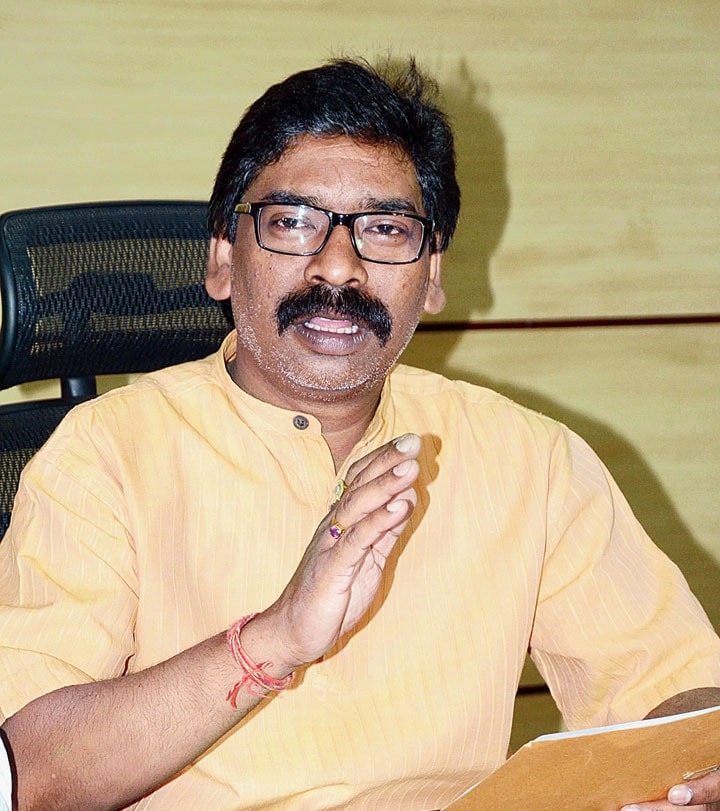 Chief Minister Hemant Soren has sought suggestions from the people of the state on Twitter regarding Unlock 1.

He said that, with the support of the people of Jharkhand during Health Safety Week, the state has contained the second wave of COVID-19. In this struggle for life and livelihood, now the focus is on livelihood. He seeked suggestions regarding how the process of unlocking should be initiated. Within minutes of the announcement , the responses from people started to pour in.

This is not the only instance when the Chief Minister asked people for their suggestions or used social media as a governance tool. Numerous such incidences have been recorded on Twitter.

Since the day he took charge as the Chief Minister of Jharkhand, Mr. Hemant Soren has been using social media as his tool.

Whether during the period of the Covid-19 or to provide help to the vulnerable population, the Chief Minister on the basis of information recieved through social media kept directing his officers , which has directly benefited the people of Jharkhand.

During the first wave of Covid-19 in 2020, when a nationwide lockdown was imposed, he ensured the safe return of migrant workers and students back to their homes in Jharkhand. Even during the second wave of infection, Chief Minister Hemant Soren didn't let his people down and kept a close eye on grievance redressal through social media.

*Recognizing voices of the students and their parents*

Last week, right before the meeting with the Union Defence Minister, Union Cabinet Minister of Education and the Chief Ministers of other states, regarding the conduct of the CBSE Board Examination, the Chief Minister sought the opinion of students and parents.

He wanted to know whether the examination should be conducted during this Covid-19 phase or not. There were a lot of responses from the people. Based on that, the Chief Minister put his points during the meeting.

*Ensuring dignity to the deceased*

In another such incidence, the Chief Minister was informed that after the death of a patient in Raj Hospital, the hospital management was not releasing the mortal remains to the relatives of the deceased due to delay/non-payment of bills. On this, the Chief Minister immediately directed the district administration to intervene and the body was handed over to the family

*Delivering services till the last mile*

Sukanti, from Gumla district, had a wound near her eye, it had started to take the form of cancer. On getting the information, the Chief Minister asked Deputy Commissioner Gumla to make necessary arrangements for the treatment of Sukanti. Now Sukanti is being treated. Soon,she will be leading a healthy life with fresh eyesight.

The Chief Minister was informed about a man, Neeraj Kumar Jha, a resident of Fatehpur in Baghmara, who was seriously ill. Due to the Covid-19 , the family members of the victim were facing problems. Doctors asked for a kidney transplant, but the family did not have enough money for the procedure. The Chief Minister Hemant Soren, directed officials to look into the matter and provide immediate help to Neeraj.

Similarly, the people of Sero village of Ranchi were forced to drink contaminated water. Chief Minister Hemant Soren got to know about this through a tweet. He was informed that due to the consumption of contaminated drinking water, a disease was spreading in the village. Taking cognizance of this matter, he directed the concerned officers to make proper arrangements for drinking water in the village, after which arrangements for clean drinking water was made in Sero village.

There are dozens of examples like this, wherein the Chief Minister directly intervened to resolve the issues of common people by using his social media platform as a messenger. Whether it is the matter of providing oxygen beds or providing help to patients suffering from a serious condition, he demonstrated the power of social media as a tool for governance and ensured public participation during decision-making.