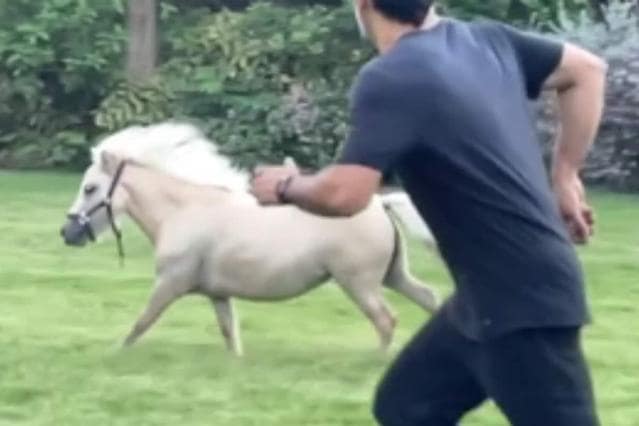 Dhoni’s wife Sakshi has posted a video of the Chennai Super Kings (CSK) skipper racing with a Shetland pony in his Ranchi farmhouse.

In the short video, Dhoni can be seen initially pushing the horse to gallop faster, but once the white pony gathers pace, the former India skipper is seen lagging behind by a few yards.

“Stronger faster! playtime shetland pony racing”, is how Sakshi has captioned the post.

Former India cricket team skipper Mahendra Singh Dhoni has got a new competitor to ‘test his fitness’ ahead of the suspended Indian Premier League (IPL) season, which will resume in the third week of September.