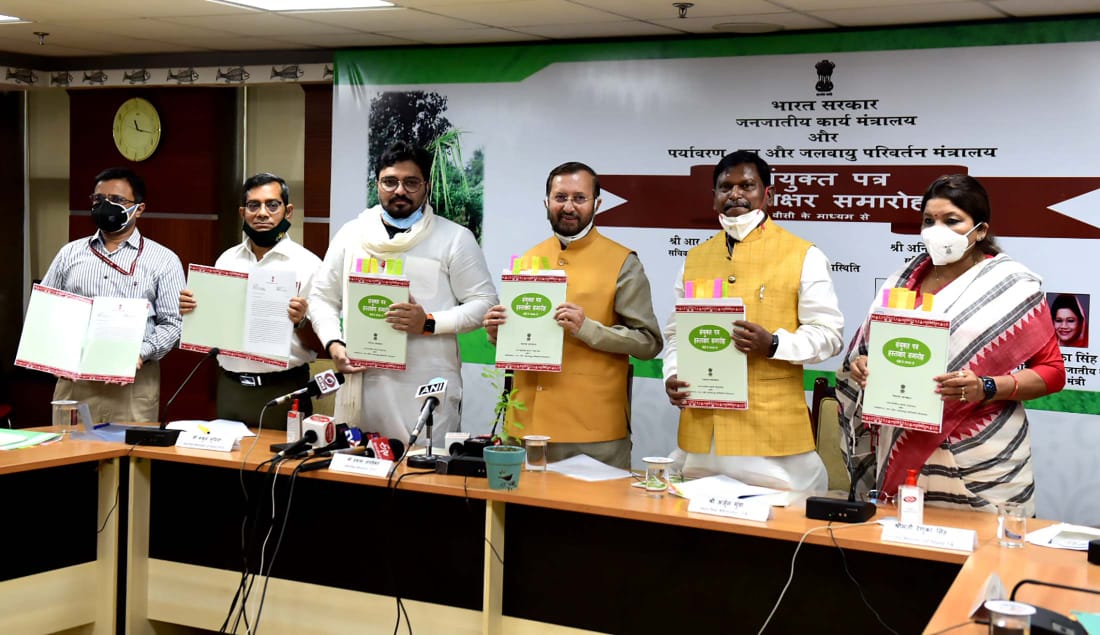 India’s two top functionaries belonging to the Ministry of Tribal Affairs and Ministry of Environment, Forest and Climate Change, have jointly decided to adopt a hybrid mechanism to empower the tribal communities in managing the forest resources.

A “Joint Communication” to this effect is scheduled to be signed in New Delhi tomorrow at 11 AM IST at Indira Paryawaran Bhawan in New Delhi.

The signing ceremony will be held in a hybrid mode and will be attended by Forest Secretary, Shri Rameshwar Prasad Gupta, Tribal Secretary, Shri Anil Kumar Jha and revenue secretaries of all the states.

The Joint Communication, pertains to effective implementation of the Scheduled Tribes and Other Traditional Forest Dwellers (Recognition of Forest Rights) Act, 2006, which is commonly known as Forest Rights Act (FRA).

The Act recognizes and vests the forest rights and occupation in forest land in forest dwelling scheduled tribes (FDSTs) and other traditional forest dwellers (OTFDs) who have been residing in such forests for generations but whose rights could not be recorded. Now , the move is to provide a framework for recording the forest rights,the nature of evidence required for such recognition in respect of forest land.