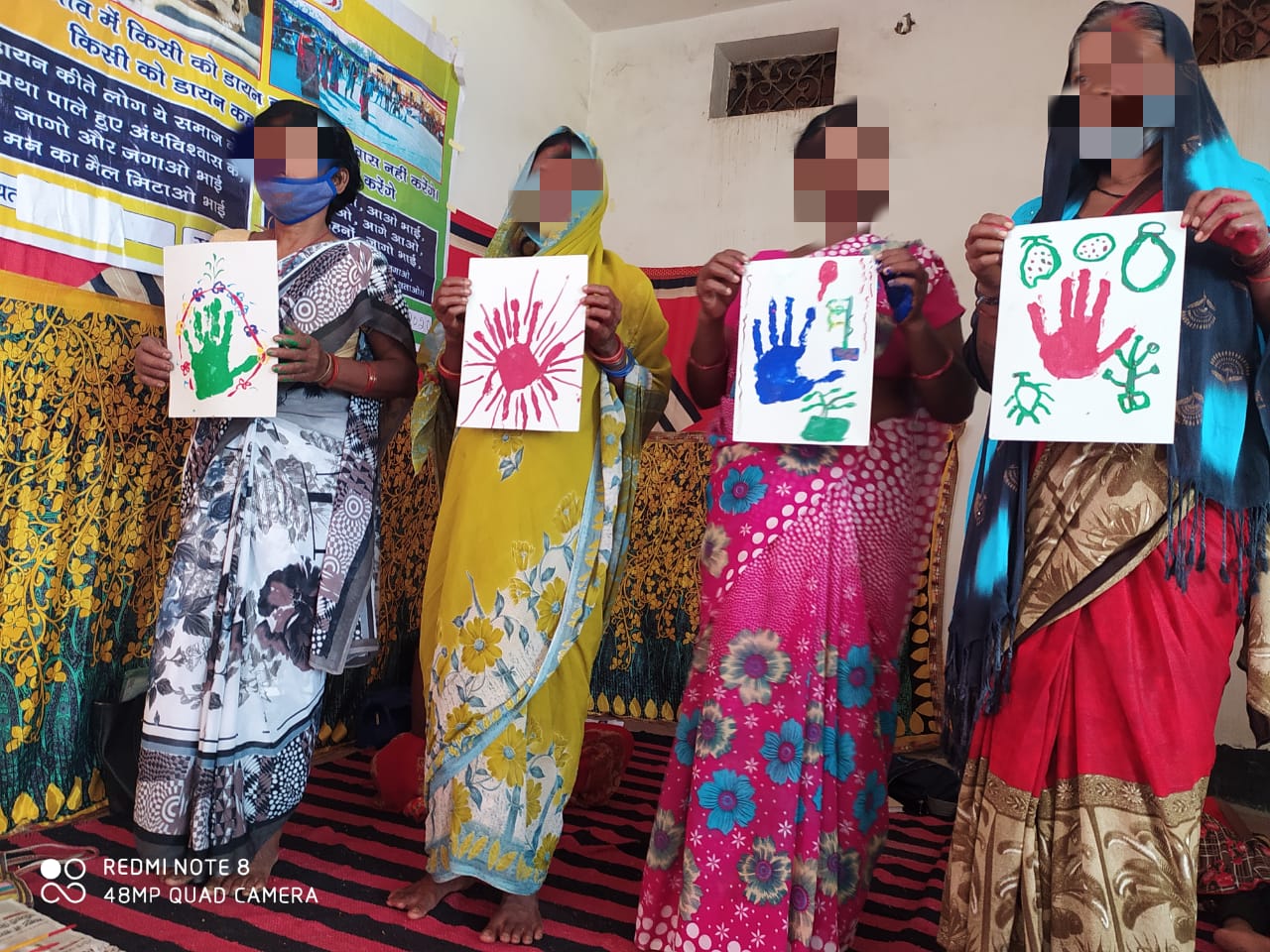 Sunita Dungdung (name changed) says that no matter what anyone says, we have to grow and move forward in life. Nazra Khatoon (name changed) is also full of self-confidence and says that there is so much sorrow in life, now I can see a ray of hope.

Many women branded as witches like Sunita and Nazra are fighting every day to regain their confidence. Chief Minister Hemant Soren has taken this superstitious evil practice as a serious matter of concern and branded this witchcraft practice as a hurdle in the development of the state.

Showing sensitivity of the highest order, the Chief Minister has directed the concerned officials to free the state from the practice of witchcraft and to connect the rural women facing the brunt of this evil practice with the mainstream.

Many types of malpractices are prevalent in rural areas of Jharkhand, each acts as a barrier in the path of rural development. Jharkhand State Livelihood Promotion Society(JSLPS) is taking initiatives under the Garima Project to root out the witch practice.

For the economic and social development of the areas affected by witch practice, the project aims to reach 2068 villages of 342 Gram Panchayats in 25 selected blocks of Bokaro, Gumla, Khunti, Lohardaga, Simdega, West Singhbhum and Latehar.

So far, more than  women who are facing the brunt of witchcraft practice in the state have been identified under the Garima Project. Work is being done to provide social, economic and psychological help so that in the coming days these women can move forward in their life without any hesitation.

Psychological Treatment is being given to the suffering women through art therapy. In Simdega district, this initiative was started as a 3-day training, in which an attempt is being made to understand the mental state of the women suffering from witch malpractice through paintings. By organizing this training every week, the effort is being made by the trainers to understand their condition.

During the training, the trainer tried to bring back the confidence of the women through various activities. Also, through the selection of colours, an attempt was made to know who still could not get out of their bad experiences. On the last day, after collecting feedback about the experience of training they are asked to represent the life ahead through pictures.

Efforts are being made to bring them to the mainstream by connecting them with more and more such women who suffered from witch malpractice. Victims are being identified in different areas of 25 selected blocks under the Garima Project and they are being provided benefits of government schemes including livelihood solutions by connecting them with community organizations. Through this social initiative, the Chief Minister aims to eradicate the evil practice of witchcraft from the state.

“Under the Garima Project, a continuous effort is being made to identify women suffering from witchcraft and efforts are being made to provide them equal status in the society. To make 25 blocks of the state witchcraft free by March 2023, awareness and other works are being done continuously. Through this initiative, the victims are being identified and ensured their livelihood and benefits of other government schemes. This initiative will play a big role in making the state free of witchcraft in the coming days,"says Nancy Sahai, CEO, JSLPS.